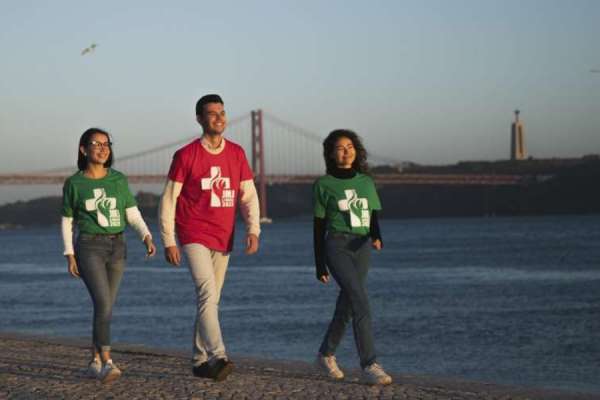 CNA Staff, Nov 13, 2020 / 07:37 am (CNA).- The organizers of World Youth Day 2023 invited young Portuguese Catholics this week to prepare for the event by taking part in a two-day nationwide mission.

They urged youngsters to join a “a great national movement that intends to bring hope and joy to the whole country,” reported ACI Digital, CNA’s Portuguese-language sister agency Nov. 13.

Organizers invited young people across the country to dedicate November 28-29, the weekend marking the start of Advent, to the mission.

“We challenge each young person to do a mission wherever they are, thus giving expression to the theme proposed by Pope Francis for WYD Lisbon 2023,” they said.

The pope announced in June 2019 that the theme of the next World Youth Day would be “Mary arose and went with haste,” a verse taken from St. Luke’s Gospel describing the Virgin Mary’s visitation to her cousin Elizabeth after the Annunciation.

In light of the coronavirus pandemic, organizers suggested that youngsters could take part in the mission by calling someone who lives alone, speaking to distant family members via the internet, volunteering with local charities or undertaking acts of service in their parishes.

“The possibilities are endless: we invite you, looking at the reality in which you live, to make a difference there,” they said.

Members of the local organizing committee stressed that the mission should be carried individually or in very small groups, observing social distancing and other measures to prevent the spread of the virus.

They encouraged youngsters to wear WYD Lisbon 2023 T-shirts while taking part, to “give visibility to this great movement of hope.”

The logo, featuring the Blessed Virgin Mary in front of a cross, in the colors of Portugal’s flag, was selected in an international contest with hundreds of participants from 30 countries by the Vatican Dicastery for Laity, Family, and Life.

It was designed by Beatriz Roque Antunes, a 24-year-old who works at a communication agency in Lisbon.

The pope announced that the Portuguese capital would host the global Catholic gathering of young people at the closing Mass of the last international World Youth Day in Panama City in January 2019.

Lisbon, a city of 505,000 people, is around 75 miles from Fatima, one of the most popular Marian pilgrimage sites in the world. The 2018 report “European Young Adults and Religion” found that Portugal has one of the highest levels of weekly Mass attendance among young people in Europe.

World Youth Day Lisbon was initially scheduled for August 2022, but the Vatican announced last April that it would be postponed to August 2023.

Traditionally, the country that last hosted World Youth Day presents the WYD cross and icon to the nation that will host it next on Palm Sunday at the Vatican. That did not happen this year because of the pandemic.

A delegation from Panama is now scheduled to pass the cross and icon to youth from Portugal Nov. 22, the Feast of Christ the King. The transfer is expected to take place in St. Peter’s Basilica, reported ACI Stampa, CNA’s Italian-language partner agency. It is likely that only 100 people will be permitted to attend because of coronavirus restrictions.

World Youth Day, which is typically held on a different continent every three years, was established by Pope John Paul II in 1985.

Inis Oírr — Island of Cures and He...