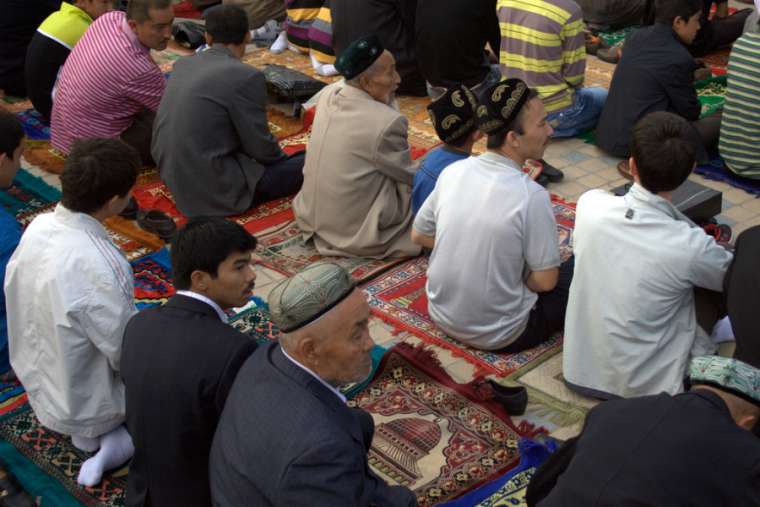 The government of China’s Xinjiang autonomous region has acknowledged that birth rates there fell by nearly a third in 2018, much of which it attributed to “better implementation of family planning policy”.

They denied that involuntary contraception or sterilization had taken place.

“In 2018, the number of newborns decreased by approximately 120,000 compared with 2017, of which about 80,000 were because of better implementation of family planning policy in accordance with law, according to estimates by the health and statistics department,” the region’s government said in a Sept. 1 faxto CNN, adding that families were complying voluntarily with the policy.

The television channel said the government attributed the other 40,000 fewer births to increased education and economic development.

In June an AP investigation found a systematic campaign by the Chinese Communist Party of pregnancy checks and forced abortions, sterilizations, and implantations of IUDs on Uyghurs and other minorities in Xinjiang.

“The rights and interests of Uyghur and other ethnic minorities have been fully protected,” Xinjiang’s governmenttold CNN. “The so-called ‘genocide’ is pure nonsense.”

In Xinjiang an estimated 1 million Uyghurs, members of a Muslim ethnoreligious group, have been detained in re-education camps. Inside the camps they are reportedly subjected to forced labor, torture, and political indoctrination. Outside the camps, Uyghurs are monitored by pervasive police forces and facial recognition technology.

A leaked document from a county in Xinjiang details the personal information of some 3,000 Uyghurs. It gives violation of birth control policies as the most common reason for their “re-education”, often alongside other reasons.

The document if believed to have been prepared in May or June 2019. The Karakax List contains information regarding some 3,000 Uyghurs in Karakax County, about 800 miles southwest of Urumqi, the capital of Xinjiang.

It shows that 484 persons were interned for re-education, only 12 of whom had no recorded reason for their detention. There were eight categories of the reasons for internment.

“No single coding category was dominant, even though violations of birth control policies constituted the most commonly cited reason for re-education, often along with other (typically religion-related) reasons,” Adrian Zenz, a Xinjiang researcher and senior fellow in China Studies at the Victims of Communism Memorial Foundation, wrote in a recent paper analyzing the document.

Of the 484 detained persons, 149 had violated birth control policies.

From the late 1970s until 2015, China allowed most couples to have only one child. Since 2015, most couples have been permitted two children.

The Washington Post reported in October 2019 that women in Kazakhstan who say they had been detained in Xinjiang said they were forced to have abortions, had contraceptive devices implanted involuntarily, or were raped.

Other commonly cited reasons for internment in the document were that the persons were untrustworthy (116 persons), religion-related (101), and that they had overseas links (94).

Only 24 had committed a formal crime.

Uyghurs make up about 46% of Xinjiang’s population; Han Chinese 39%, Kazakhs 7%, and Huis 5%. A large number of minorities make up the remaining 3%.

The Chinese government has defended its policy of mass detention and re-education as an appropriate measure against terrorism.

The government at one time denied the camps even existed, but has since shifted to defending its actions as a reasonable response to a national security threat.

Government officials from the region said in July 2019 that the area’s re-education camps for Muslims have been successful, with most of those held having been reintegrated into Chinese society.

Uyghurs can be arrested and detained under vague anti-terrorism laws. Violence in the region escalated in the 1990s and again in 2008.

In July the Trump administration put travel and asset sanctions on several senior officials of the Chinese Communist Party in Xinjiang for their role in the mass internment of Uyghurs.

“The United States will not stand idly by as the CCP carries out human rights abuses targeting Uyghurs, ethnic Kazakhs, and members of other minority groups in Xinjiang, to include forced labor, arbitrary mass detention, and forced population control, snd attempts to erase their culture and Muslim faith,” US Secretary of State Mike Pompeo announced July 9.

The US Commerce Department in October 2019 added 28 Chinese organizations to a blacklist barring them from buying products from US companies, saying they cooperate in the detention and repression of the Uyghurs.