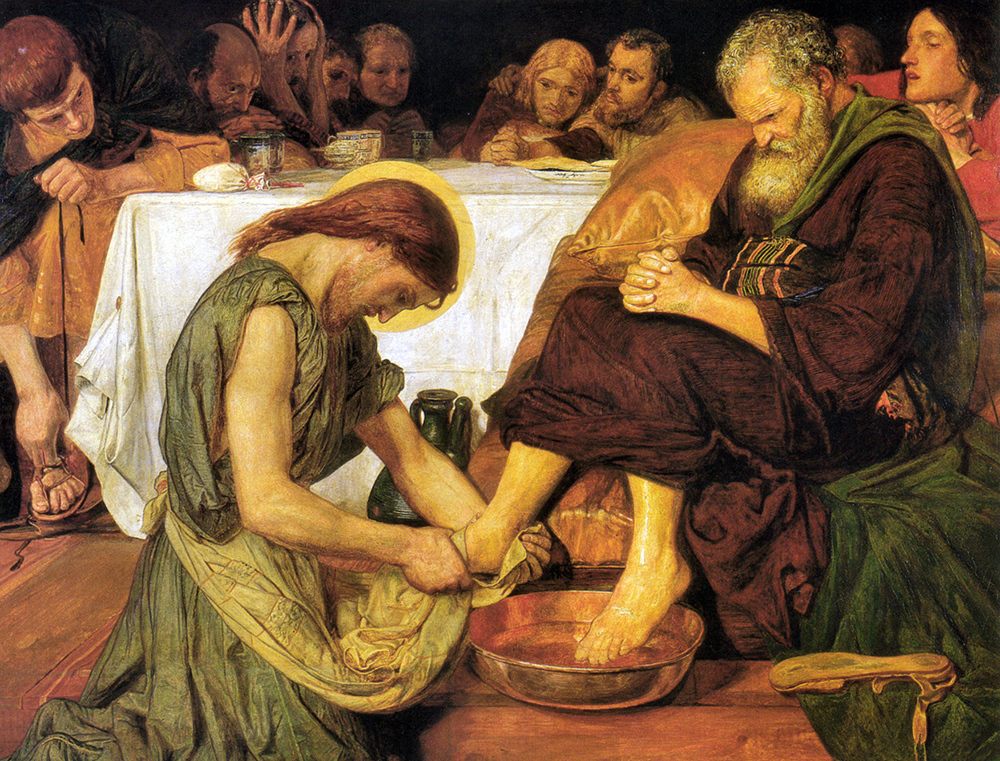 “Altereity” means otherness. It’s a term that has appeared in some branches of philosophy — especially in Emmanuel Levinas’ philosophy of dialogue — to indicate the “other.” The “other,” however, is not just an objective other being (though he isat leastthat); the other is also someone whom I need to recognize as different from me, as “other,” with whom I both need and want to enter into relationship.

I’m discussing “altereity” because it’s a very prominent theme in the thought of Michel Aupetit, the Archbishop of Paris, especially in his intellectual defense ofHumanae vitae.

Catholic philosophy and theology has always presupposed “altereity” (although it hasn’t always developed it well, in part because of its effort to preserve objectivity in an increasingly subjectivist, relativistic world). Jesus himself makes clear that a person cannot really even be himself without altereity: “whoever wants to save his life will lose it, but whomever loses their life for me will find it” (Matthew 16:25). A person becomes himself not by locking himself inside himself but by pouring himself out … even unto death, as Jesus himself demonstrated (see Philippians 2: 7-8; 2 Timothy 4:6).

This insight is not just limited to revelation. Classical philosophy recognized that human beings arenaturallysocial beings. The inclination to “reach out and touch someone” is not just a personal preference; it’s built in to whom we are. Aristotle expressed it when he said man is a “political animal,” by which he meant not today’s partisan politicization of every nook and cranny of life, but the idea that the normal person is part of thepolis,the community, in which he takes a lively interest. Nor is that interest just a matter of choice, as if “I am inclined to think communal life is important but, to each his own.” If being social is part ofour nature,then it is not just a choice and even less something we can with impunity choose against: to choose against what is part of our nature is always self-destructive.

I make these points which, looked at in themselves, seem self-evident, because they clash with very strong currents in Western and especially Anglo-American thinking that oppose them. From Thomas Hobbes and John Locke (in different degrees), Jeremy Bentham and John Stuart Mill, Adam Smith and “Austrian economics,” to Ayn Rand and Horatio Alger to Frank Sinatra crooning “I Did It My Way” and the Marlboro Man, all alone astride his horse against the backdrop of the Grand Tetons, we have romanticized the “rugged individual,” the “romantic loner,” the “up-by-my-own-bootstraps” myth.

All of this is a preparation for recovering the idea of “altereity,” the recognition of the essentialness of the “other.”

As previously noted in these pages [hereandhere, Paris’ Archbishop Michel Aupetit is a very unusual bishop today. His public and outspoken defense ofHumanae vitaesets him apart from much of the episcopal college, whose collective silence is deafening.

Aupetit does seeks to be neither adversarial nor polemical on the subject. He explicitly says that, at the half century mark since its appearance, we ought to put aside preconceptions and polemics and rereadHumanae vitaewith an open mind and heart.

In both hisrecent book on the encyclicaland a 2018 article he wrote in theRevue théologique des Bernardins,Aupetit invokes the idea of “altereity.” HisRevuearticle, “Some Considerations on Human Love,” advances a variety of thoughts about the nature of human sexual love, under four headings: “Life,” “Love,” “To Be a Child,” and “To Be a Parent.” “Altereity” is prominent in the last two.

When it comes to what it means “to be a child,” Aupetit first delves into paleontology. He claims that in earliest human societies, filiation — to whom a child was related — was first matrilineal. There are obvious reasons for this: the mother-child relationship is inherently more direct and immediate than with a father, as a child begins his life within his mother and a mother first experiences her child within her. Also, until the advent of contemporary methods of artificial reproduction, the ability to slice and dice maternity into genetic, gestational and social “pieces” did not exist.

Human social progress, as Aupetit tells it, advances to a recognition of dual parentage: motherand father.Because paternity can be more debatable, mores (and not just morals) arose to assure it, e.g., prohibitions on adultery. The point is: to be a child means to recognize a bond with those “from whom you came.” The fact that adoptive children still want to know “where I came from,” regardless of the bounty of love adoptive parents lavish upon them, attests to that.

Aupetit insists that, “to be a child” means two things: (1) recognizing one is a “son of” or “daughter of” X; and (2) accepting one’s self in an identity that comes from another. Who oneisis a given, not a choice; recognizing that is part of what it means to become human. (Not recognizing it or rebelling against it is likely to be the start of a long chain of problems).

Growing up “as a child” means recognizing one’s existence is gift. One’s life is not one’s own. One would think kids might instinctively grasp this when one occasionally hears the ungrateful but immature pushback, “I didn’t ask to be born.” No — you didn’t, which is why your very being is a gift. Your very being is a gift that needed others. In recognizing this, you do not just acknowledge what was necessary but, by making it your own, you acknowledge your own giftedness.

Let me stress this point: it is not just an acknowledgement of necessity – you would notbebut for others – but it is also a recognition that the “other” is a gift for you. The initial recognition of parents-as-gifts opens the way for a lifetime of recognition of the other-as-gift and, therefore, an enhanced awareness of the dignity of the other as person and not just useful object on my path.

All that I have said so far is purely natural law — it presupposes no theological revelation. Overlaying theological perspectives on it obviously enriches it, e.g., your existence is not just mom’s or dad’s doing, but God’s creative work (since only God can create a soul). Progressive recognition growing up of one’s giftedness is vocational preparation for marriage. In acknowledging one’s giftedness, therefore, one also appropriates St. Paul’s great insight, “you are not your own” (1 Corinthians 6:19).

Altereity also comes into play “to be a parent.” Recognizing one’s own giftedness, as noted above, should lead to recognizing others as gifts. The greatest temptation against that recognition comes, for most people, in parenthood. While recognizing bonds of relationship, one can never speak of “mychild” in the same way one does of “myhouse” or “mycar” or even “mydog.”

But artificial reproductive techniques are slowly but surely erasing that notion of “giftedness,” rendering a “wanted” child a product, designed according to specifications (not unlike my car — do I want red or black, leather seats or plastic, etc.) and even accompanied by the money-back guarantee of abortion (“termination”) if the product does not meet quality specs. Artificial reproduction has brought this reality into very sharp contrast, but it has always been latent. It lies in the notion of “wanted” child (as if an “unwanted” child is somehow less worthy of life) hawked by contraception.

It goes all the way back to the Bible. As Laetitia Calmeyn points out, Eve — giving birth to the world’s first murderer — declares her confidence in her own arbitration of life: “I have brought forth a manwith the help of the Lord (Genesis 4:1). Note who gets the starring role in her phrase. Only later, after seeing Cain’s own arrogation of the arbitration of life, does she change her tune at Seth’s birth: “God has granted me another childin place of Abel, since Cain killed him” (Genesis 4:25). Note the shift, towards God’s primacy as “Lord and Giver of Life” as well as the recognition of life as gift, not right or possession. She recognizes Seth’s “altereity” in ways she did not Cain’s.

These lessons remain until our day. Aupetit scores the “casualness” with which we afford legal status to mutations of parenthood. The elite’s views of “gender” are leading us down the path towards the idea that fertility is not a natural gift of sexual complementarity that teaches us altereity but is rather a limitation, almost “discrimination” by Mother Nature imposing the dreaded “gender binary,” whose confines we must overcome by technology (most likely subsidized by the government). Again, note that my arguments rest not on revelation but natural law. They are subtle, but they are part of the very warp and woof of our humanity. We need to attend to them lest, in treating altereity as an “optional extra,” we destroy our very humanity.

How can you explain to a Protestan...